The Ukraine national football team represents Ukraine in men s international football competitions and it s governed by the Ukrainian Association of Football, the governing body for football in Ukraine. Ukraine s home ground is the Olimpiyskiy Stadium in Kyiv. The team is a full member of FIFA since 1992 and also a member UEFA since 1992 After Ukrainian Independence and the country s breakaway from the Soviet Union, they played their first match against Hungary on 29 April 1992. The team s biggest success on the world stage was reaching the quarter-finals in the 2006 FIFA World Cup, which also marked the team s debut in the finals of a major championship. Shop the Ukraine soccer jerseys here to support Ukraine now. 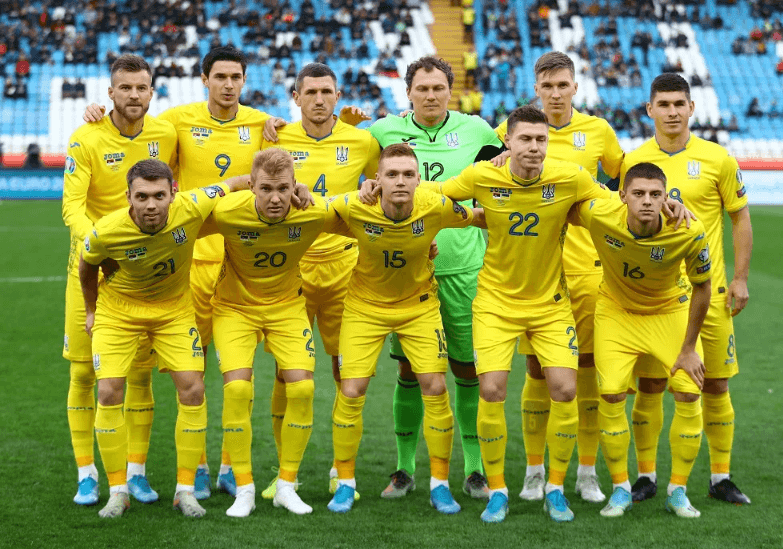 The Ukraine national football team represents Ukraine in men's international football and is governed by the Ukrainian Association of Football, the governing body for football in Ukraine. Ukraine's home ground is the Olimpiyskiy Stadium in Kyiv. The team has been a full member of UEFA and FIFA since 1992.

After Ukrainian Independence and the country's breakaway from the Soviet Union, they played their first match against Hungary on 29 April 1992. The team reached the quarter-finals in the 2006 FIFA World Cup, their debut in the finals of a major championship.

As the host nation, Ukraine automatically qualified for UEFA Euro 2012. Four years later, Ukraine finished third in their qualifying group for Euro 2016 and advanced via the play-off route to reach a UEFA European Championship tournament through the qualifiers for the first time. This marked the first time in Ukraine's six play-off appearances that it managed to win such a tie, having lost previous play-off ties for the 1998 World Cup, Euro 2000, 2002 World Cup, 2010 World Cup, 2014 World Cup and 2022 World Cup.

Ukraine's best performance in the UEFA European Championship was in 2020, where they reached the quarter-finals for the first time.

The new special Ukraine soccer jerseys were released on May. They are made by Joma and will be wornin the   friendlies before Ukraine's World Cup play-off match.

The Joma Ukraine kit 2022 are based on the regular 2020 kits, which were not worn at the Euros. They now come with special prints, most noteably the one on the front, depicting Ukraine's borders made up of countries' flags who support them.Inside the borders the message "United for Ukraine" is written in blue on yellow and yellow on blue.

The new Ukrainian national soccer team jersey' purpose is to promote president Zelensky's United24 (U24) campaign, where money is being raised in an effort to restore Ukraine.The special kits are limited edition and will be worn only in friendly matches preceding the upcoming World Cup play-offs in June. Some of the shirts will go to the mentioned towns, with the rest being auctioned off for United24.

What’s your verdict on this jersey?For fans or supporters, you can shop Ukraine soccer jerseys in all the popular designs and styles at Soccerdealshop. You can customize the name and number of your favorite player and rock the kits at the stadium. Get the Ukrainian national soccer team jersey to support them now.