The Morocco national football team, represents Kingdom of Morocco in FIFA men s international football and it s controlled by the Royal Moroccan Football Federation, also known as FRMF. the governing body for football in Morocco, The team represents both FIFA and Confederation of African Football (CAF). Winners of the African Nations Cup in 1976, they were the first African team to win a group at the World Cup, which they did in 1986, finishing ahead of Portugal, Poland, and England. They were also the first African team to make it to the second round, barely losing to eventual runners-up West Germany 1–0 in 1986. They also came within two minutes of moving out of the group stage of the 1998 FIFA World Cup, Kjetil Rekdal s late winning goal for Norway against Brazil eliminating them. Puma Morocco jersey for World Cup 2022 is available Now. Shop the amazing collection of Morocco soccer jersey at Soccerdealshop to support them. 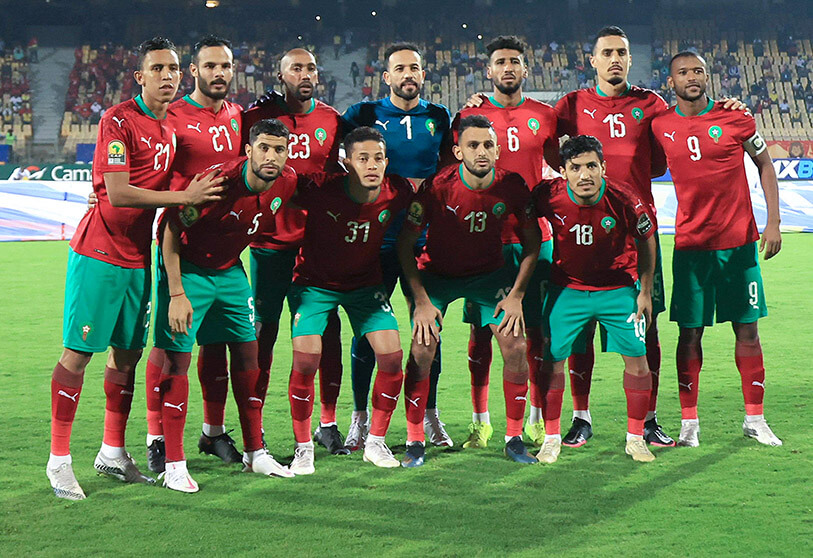 The Morocco national football team, nicknamed "the Atlas Lions", represents Morocco in men's international football competitions. It is controlled by the Royal Moroccan Football Federation, also known as FRMF. The team's colours are red and green. The team is a member of both FIFA and the Confederation of African Football (CAF).

Internationally, Morocco won the 1976 African Cup of Nations, two African Nations Championships and FIFA Arab Cup once. They have participated in the FIFA World Cup six times.Their best result came in 1986, when they were the first and the only African and Arabs national team to finish top of a group at the FIFA World Cup. In that 1986 FIFA World Cup Group F, Morocco finished ahead of England, Portugal and Poland after holding both Poland and England to goalless draws, and beating Portugal 3–1. Thus they became the first African national football team, and only the second national football teams from outside Europe and the Americas (after North Korea in 1966 World Cup), to reach the second round at the World Cup. In the subsequent round of 16 knockout, they narrowly lost to eventual runners-up West Germany 1–0.

The traditional rivals of Morocco are mainly Algeria, Tunisia and Egypt. Morocco has also had very competitive matches against Gabon and Ivory Coast, due to their frequent meetings in recent years. Morocco has many talented players born in Europe and active in the top European leagues (Premier League, LaLiga, Serie A, Bundesliga, Ligue 1 and Eredivisie, and is considered one of the best teams in African football history. 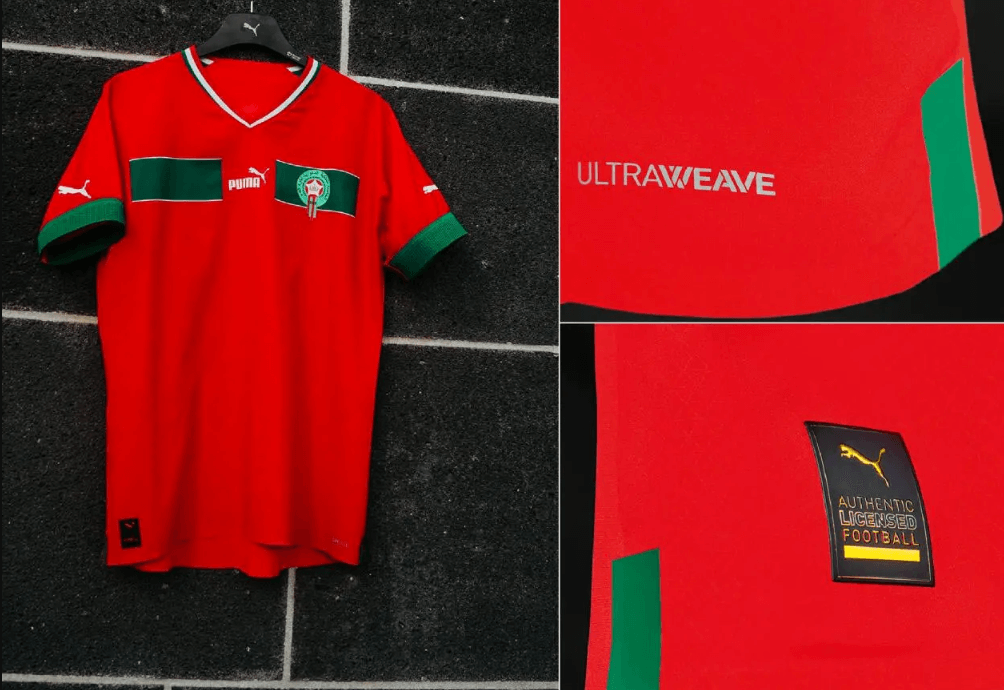 Morocco will take on Belgium, Canada and Croatia in Group F of the 2022 World Cup in Qatar.

Closely inspired by the 1998 World Cup shirts, the Puma Morocco jersey for World Cup 2022 is predominantly red with a green chest band as well as a green v-collar. Green adds contrast at the kit’s v-neck and extended sleeves cuffs.

The Puma logo is placed centrally on the Puma Morocco jersey 2022 - it's the same classic logo as in 1998 and applied in exactly the same way. Finally, there's a bit of a white edge to the green hoop, while the sleeve cuffs are also green to match the collar. “MOROCCO” is printed in Arabic on the Morocco soccer jersey’s nape.

Made by Puma. What do you think about Morocco jersey 2022? For its series of World Cup jerseys, Puma takes inspiration from classic teams, classic matches and classic jerseys.Check out this Morocco jersey at Soccerdealshop and more. SoccerDealShop is your source for Morocco jersey in all the popular styles to support your favorite team! Browse the wide selection of Morocco jersey here to show your love and suppport.Take your pick now.