The Dutch midfielder is competent as a defensive minded ball winner or an offensive minded playmaker, with crisp passing, neat dribbling and superb decision making.Frenkie can create chances and find an assist like no other from an attacking position. If you want to be as dominant as Frenkie de Jong, be sure to grab Frenkie De Jong Barcelona jersey here at SoccerDealShop. We also have Frenkie De Jong Netherlands jersey. Why wait? Get Frenkie De Jong kit right now. 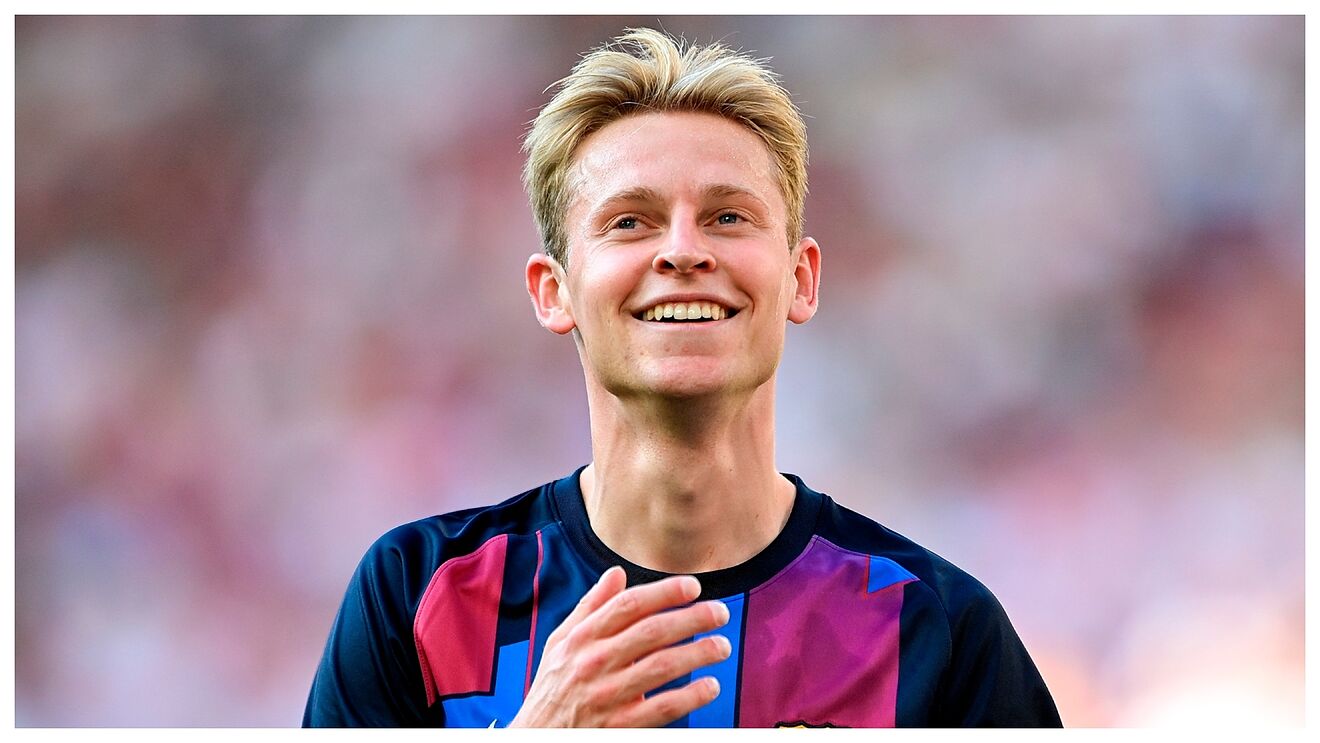 Frenkie de Jong is a Dutch professional footballer who plays for the Spanish club Barcelona and the Dutch national team as a midfielder, renowned for his powerful defensive skills. One of the several forces within the Ajax squad that led the Dutch club to the semifinal of the UEFA Champions League for the first time since the 1996/97 season in 2019, De Jong dribbles and agility was instrumental in the team’s success. In January 2019, De Jong agreed to sign with Barcelona after his breakout season, leading him to sign with the club in July, for a fee worth EUR 75 million. 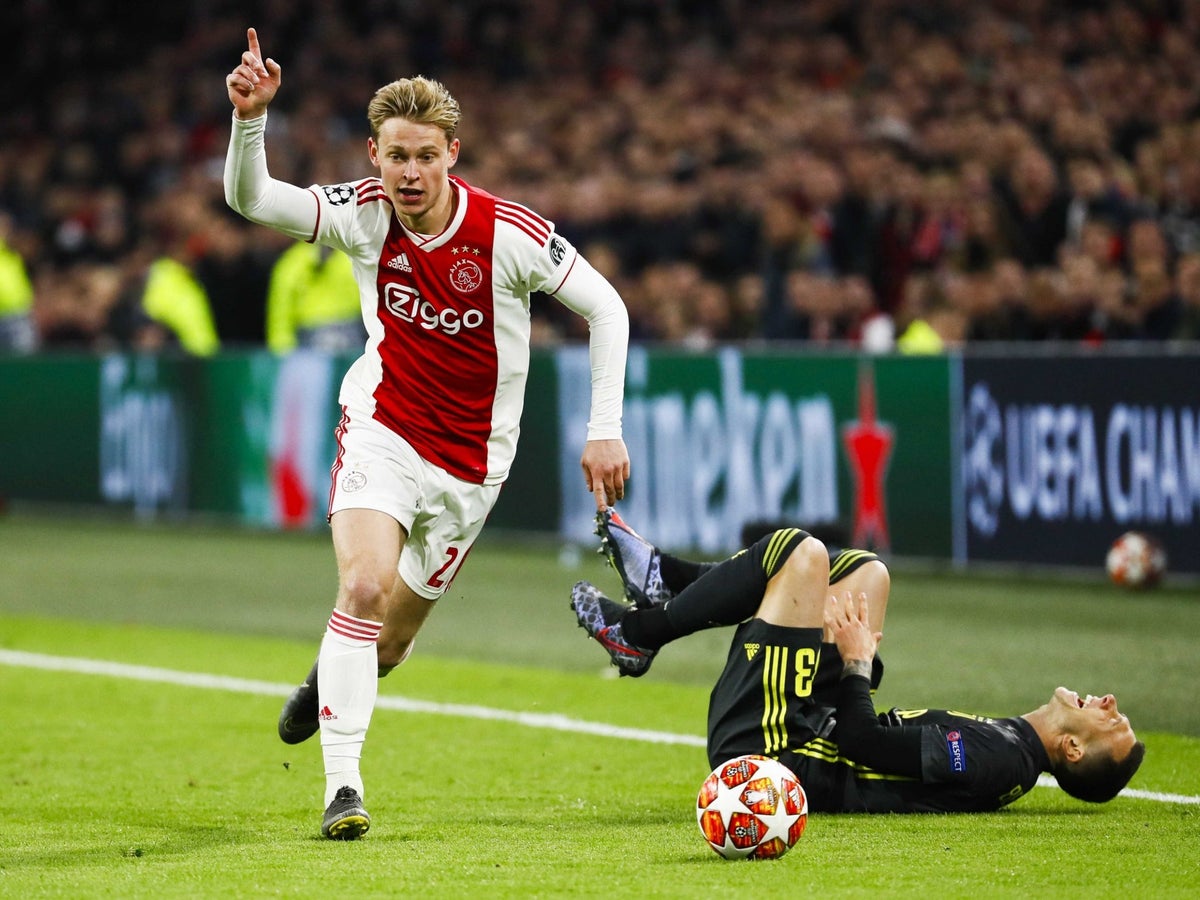 Frenkie signed a four-year deal with top Dutch club, Ajax in 2015. Following his arrival at Ajax, he was loaned back to Willem II in August but was back in action for Ajax in December.

The next season, Frenkie became a world sensation as he worked well with Matthijs de Ligt to lead Ajax to a very outstanding performance. His amazing performances saw him receive the Eredivisie Player of the Month honour for December 2018 and February 2019. Frenkie was instrumental in Ajax national treble as they went on to win the league and domestic cup.

In the UEFA Champions League, Ajax defeated Serie A side, Juventus to face EPL team, Tottenham Hotspurs in a semifinal showdown that saw both De Ligt and Frenkie put up a great performance. Despite losing the match Frenkie was subject to plaudits for his performance. He was part of the 2018/19 UEFA Champions League Team of the Season and was awarded the Midfielder of the Tournament award. 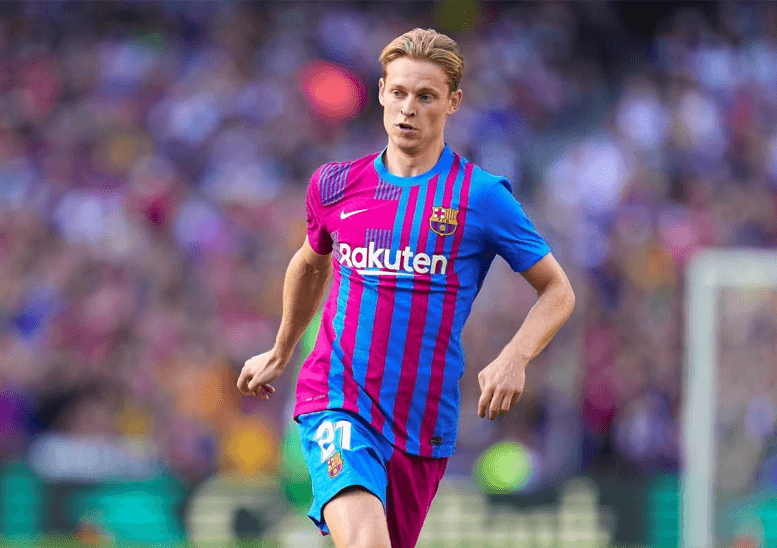 In January 2019, Frenkie signed a five-year contract with Laliga giants, Barcelona, for about €75 million. The contract officially began on July 1, 2019. On August 16, 2019, he debuted for Barcelona in a Laliga match against Athletico Bilbao which they defeated 1–0. 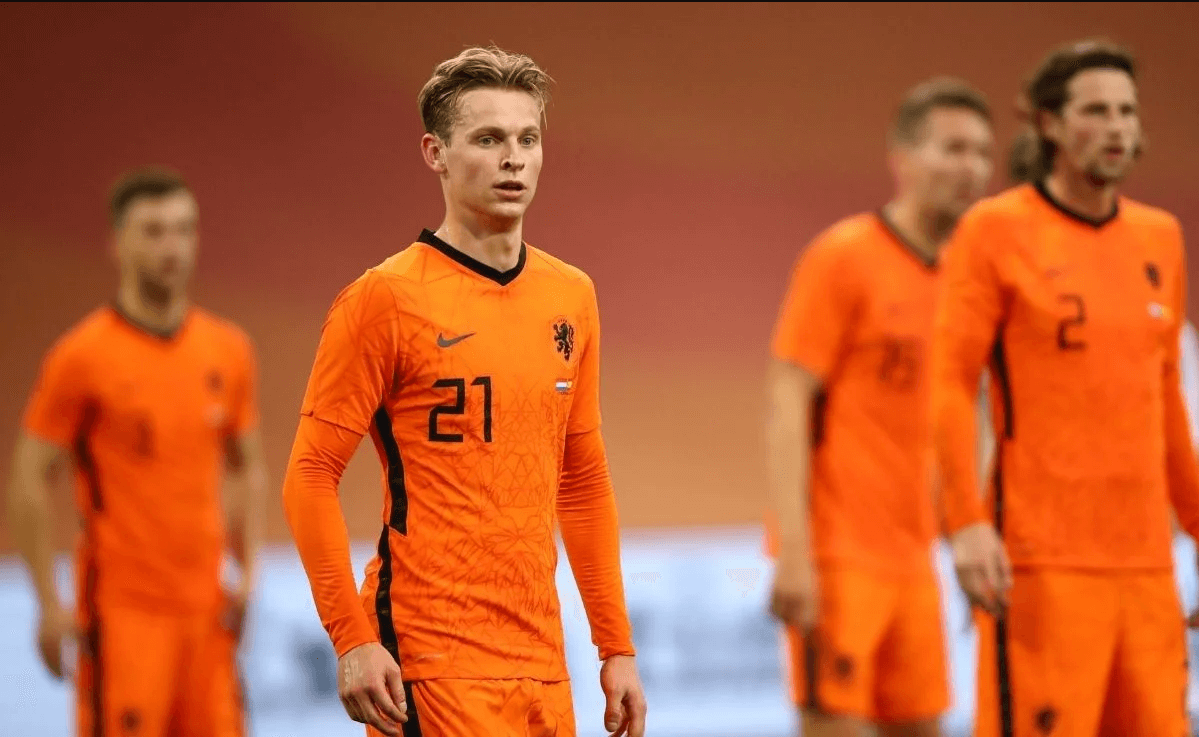 For his country, Frenki de jong was an absolute star, being the one who made the difference in most of the international matches. Over the years, he has also managed to make 21 appearances for the Dutch national team, score 1 goal.

De Jong made 22 appearances in the Dutch youth set-up during his youth career. He made his debut for the Netherlands U19 team on 10 July 2015 against Germany U19. On 6 September 2018, to make his senior international debut in a friendly (2-1) win against Peru, de Jong substituted Georginio Wijnaldum at half-time.

Fifteen minutes into his debut, he helped Memphis Depay gain a goal by recovering high-up possession of the pitch and setting up the forward. He later scored the winner and, in the opposing half, had a 100 percent transfer completion record (21 passes).In the 2018–19 UEFA Nations League and the UEFA Euro 2020 qualifiers, he quickly became a regular starter for the Netherlands and also played for the team during the Euros 2020 qualifiers.

Frenkie De Jong jersey is a must collection for every Frenkie De Jong’s fan. SoccerDealShop is your source for Frenkie de Jong Jersey in all the popular styles to support your favorite athlete! Browse the latest selection of Frenkie De Jong Barcelona jersey in sizes for all fans to scoop up, along with Frenkie De Jong Netherlands jersey. We have all the Frenkie De Jong kit you want here.